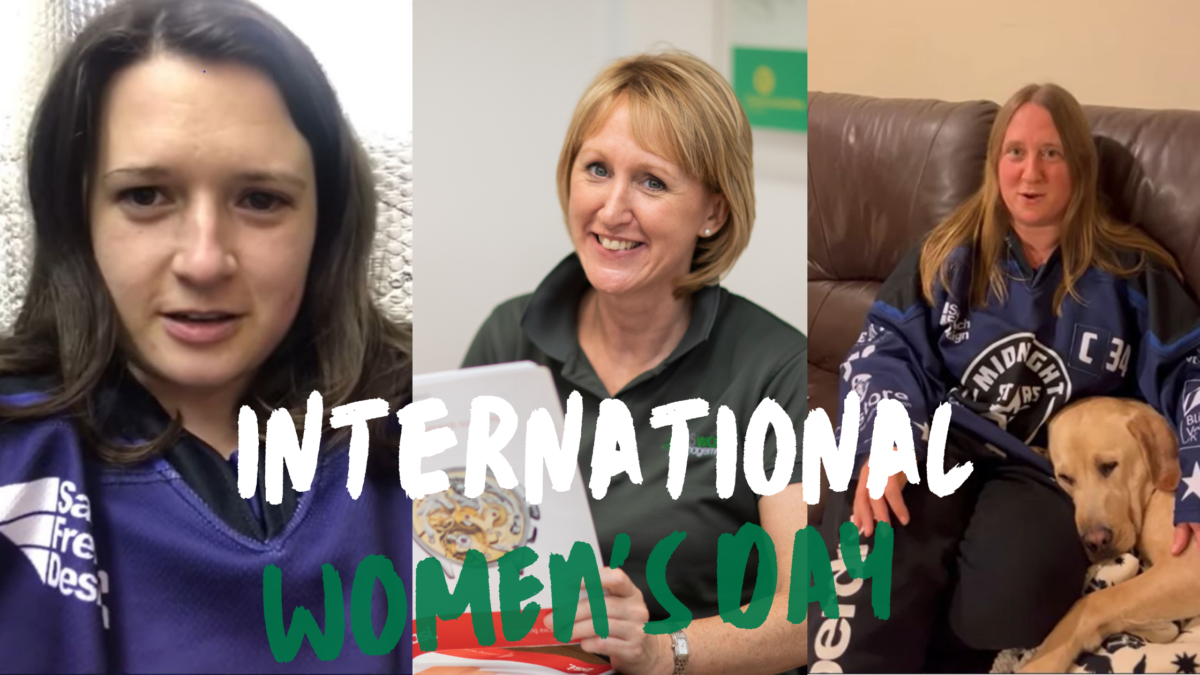 This International Women’s Day, the RJS Waste Management team celebrates the women we employ and support. Here, our Business and Compliance Manager Samantha James reveals a little about what it’s like to work as a woman in the male-dominated world of waste management. While Oxford Midnight Stars Women’s Ice Hockey Team, who we proudly support, tell us about their experiences as women playing sport today.

Tuesday 8 March marks International Women’s Day, an event to raise awareness of women’s achievements and increase visibility while calling out inequality. This year’s campaign theme is #BreakTheBias with a focus on imagining a gender-equal world. A world free of bias, stereotypes, and discrimination. A world that is diverse, equitable, and inclusive. A world where difference is valued and celebrated. Here we explore a couple of areas close to our hearts where some of the bias is being broken but there is still room for improvement. 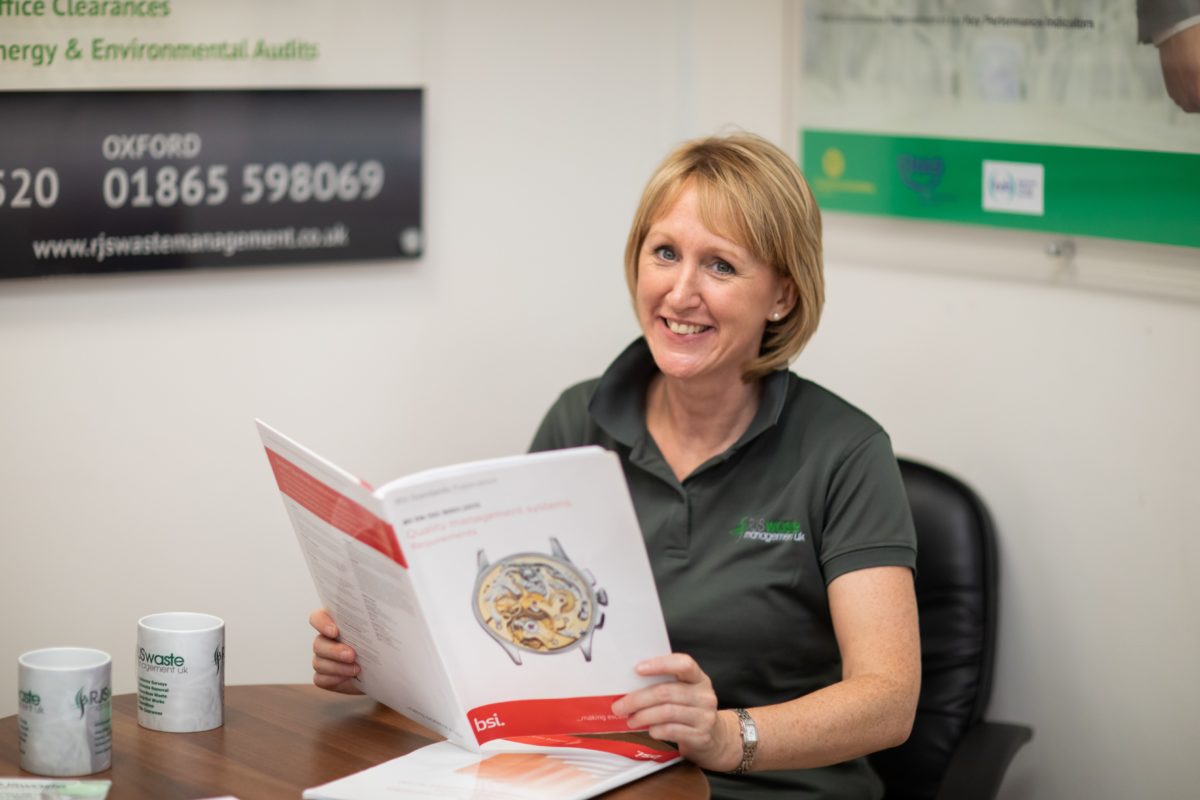 Considering her role as a woman working in waste management this International Women’s Day, RJS Waste Management’s Samantha James says: “I thoroughly believe women offer a different dynamic to a situation and having an equal balance, of not only male and female colleagues but also of different attitudes and approaches, will encourage further positive developments in the waste management industry”.

Samantha continues: “As a Business and Compliance Manager, my main role is to oversee the Safety, Health, Environment and Quality aspects of RJS Waste Management. This includes management of the health and safety accreditations such as gaining our Integrated Management System for Occupational Health & Safety ISO 45001:2018, Environment ISO 14001:2015 and Quality ISO 9001:2015. I love nothing more than seeing a business grow, develop and strive for continual improvement.

“I’ve worked in waste management for over 20 years. After being made redundant from Chichester District Council three years ago, I approached RJS Waste Management with my CV. It was perfect timing as they were starting to expand and needed accreditations as well as a quality management system to win contracts and tenders while complying with health and safety legislation.

“Celebrating International Women’s Day gives me the opportunity to convey to possible future female colleagues what the waste sector has to offer. The best thing about my job is the vast scope to benefit the environment and society. This industry has never seen such a media spotlight, so we need to take advantage of this to showcase our incredible female talent and encourage others to join.

“In most industries, those once considered ‘jobs for the boys’ are simply no more. This is because women break down perceived barriers and prove they are just as capable as their male counterparts. 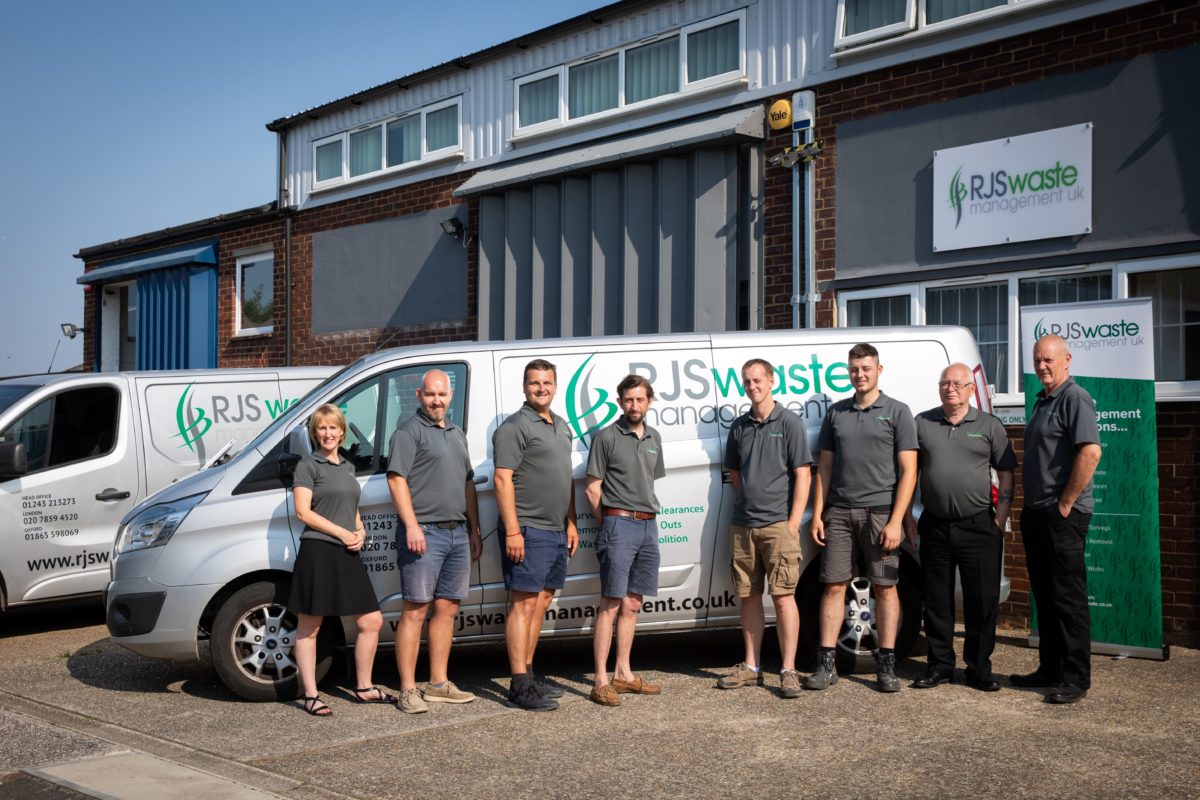 “At the start of my career, I felt like one of the only women in the sector. However, I have seen the industry evolve with positive changes – such as bridging the equal pay gap and the introduction of inclusion training – still ongoing. The waste industry introduced steps to encourage more women to join this booming sector and reverse the ‘man’s world’ label. At first, the men struggled to adjust to a female presence – it was all new to them. Because of this, I was determined to add value and transform my colleagues’ ways of working.

“Few women see this sector as an attractive career, which causes a real workplace gap. But, throughout my journey with RJS Waste Management especially, I’ve felt supported, comfortable, equal, and have had the same opportunities as my male colleagues. They’ve given me the chance to progress as an expert in my field. I’d love to see more women who want to achieve great things pursue a career in an industry that’s challenging, exciting, diverse and constantly seeking new ideas.

“An important aspect of promoting gender equality is the empowerment of women. Women should be encouraged and supported through progression into more senior roles alongside men. In waste, we’re seeing more women in leadership roles as well as operational and manual roles that were also once considered men’s jobs.

“As a company, RJS Waste Management takes pride in its equal opportunities policy as well as employee competence. There’s an employee development programme in place, which allows employees the opportunity to progress their careers by gaining new qualifications. So, no matter whether you left school with minimal qualifications or have a degree, you’re handed the tools to build success.

“I don’t think Women in Business awards are necessary and everyone (male or female) should be judged equally and on their own merit. However, there are some inspiring women who are leading the way and now that the waste industry has an open door for women there are many career opportunities on the horizon for female role models of the future”. 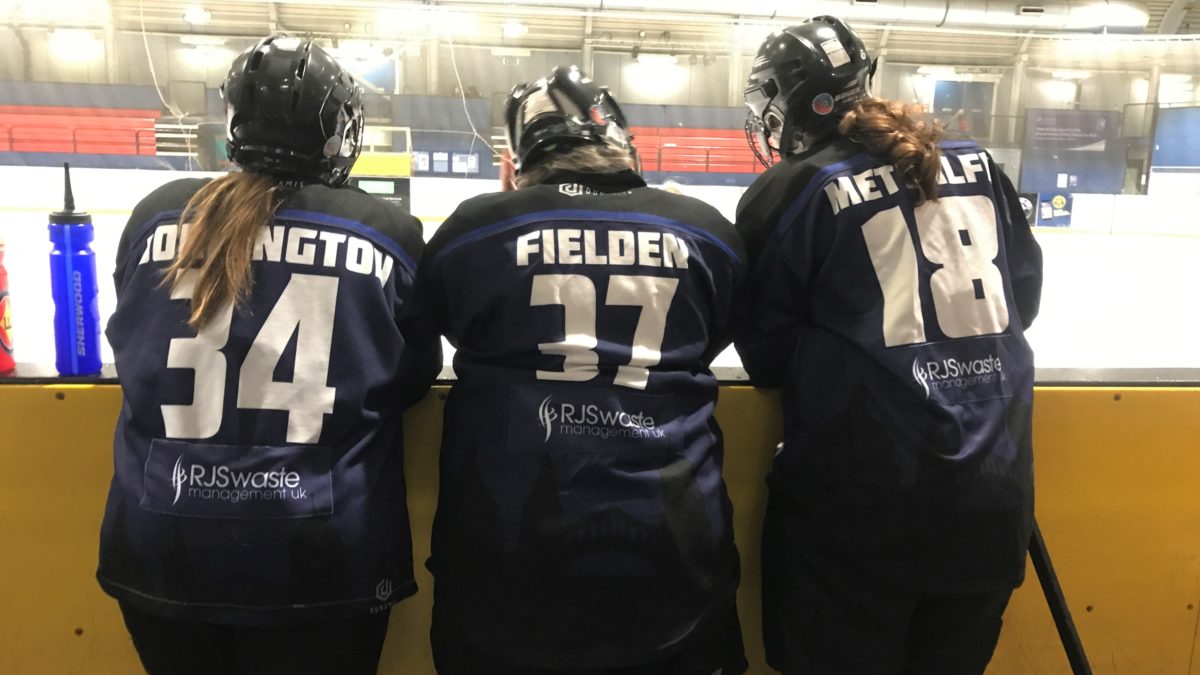 To mark the launch of our new YouTube channel and to further celebrate International Women’s Day we also interviewed a couple of the Oxford Midnight Stars team. Anna and Lucy, who have both played ice hockey for around 20 years, provided insight on playing a sport where there are some key differences – set by the International Ice Hockey Federation – between the men’s and women’s games.

Anna’s mum, who instilled the importance of commitment and has been supportive throughout her progression in the sport, is a worthy female role model. The number 19 player highlights there are still many differences between male and female ice hockey – rules, governance, ice time and awareness. But Anna’s confident there’s a growing representation of sportswomen in the media and female athletes are being recognised as athletes in their own right. She would also like to see more mixed-gender teams to readdress the imbalance further.

With regard to making sport a more even playing field, Lucy mentions the increase in women higher up in their governing body as a positive step forward but believes there are still conversations to be had about removing barriers for women. Lucy was inspired when watching the very best of women’s hockey in the Winter Olympics. She also continues to be inspired by the Midnight Stars’ older team members who are still smashing it on the ice!

Anna and Lucy believe in making women’s ice hockey better and developing it for generations to come. You can see their full International Women’s Day video interview, with action shots, on our new YouTube channel.